Claire Isbester, one of the founder members, says, “Low Waste Whitchurch is a community group, a collective bunch of people taking responsibility for organising things in the belief that lots of small actions can make a big change. Our mission is a carbon-neutral Whitchurch by 2030. Less waste means less carbon and we want people to rejoice in using the planet’s resources more wisely.

“We started small, but the movement is growing, so we think it’s time we opened up our Facebook page for everyone in the town. Our group is all about celebrating the positive things we can do to tackle the climate crisis, no matter how small, and our Facebook page  is a safe space where people can be free to ask questions and expect to receive respectful answers.”

Some of the other things discussed at the meeting – and which Low Waste Whitchurch would love to hear the views of people around the town – were a Library of Things, recycling things that aren’t currently recycled by Basingstoke and Deane, and a renewable energy cooperative that would not only see Whitchurch generate its own electricity but could also bring a return on investment of between 8% to 12% a year for local people investing in the scheme.

People could offer to lend rarely used bits of kit such as hedge trimmers, yogurt makers, cake tins, bicycle repair stuff, shredders (garden and paper) and pressure washers, opening up a wide range of shared facilities for the community.

Because Basingstoke and Deane collects and Hampshire County Council disposes of so few recyclable materials, some members have joined a scheme run by Bead Services. This takes more material out of the waste stream and stops it being sent for incineration. In particular, it replaces the disposal point for other plastics not taken in the green bin which used to be available in the Bell Street car park.

There was a long discussion of the merits of a community energy cooperative. This would be a business investment typically offering and offering 8% to 12% return on investment.

Solar panels could be installed on industrial buildings, school roofs, or public buildings. The business would be owned cooperatively and shareholders each have one vote no matter how large their investment (typically £500 to £5000). 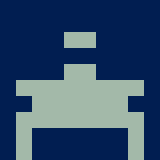